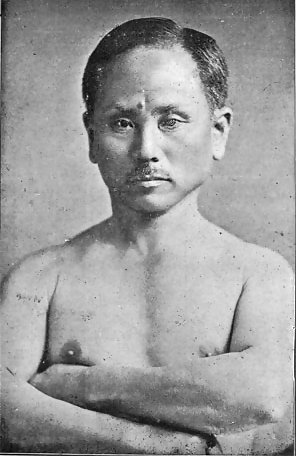 Shotokan (松濤館 Shōtōkan) is a style of karate, developed from various martial arts by Gichin Funakoshi (1868–1957) and his son Gigo (Yoshitaka) Funakoshi (1906–1945). Gichin was born in Okinawa and is widely credited with popularizing "karate do" through a series of public demonstrations, and by promoting the development of university karate clubs, including those at Keio, Waseda, Hitotsubashi (Shodai), Takushoku, Chuo, Gakushuin, and Hosei.

Funakoshi had many students at the university clubs and outside dojos, who continued to teach karate after his death in 1957. However, internal disagreements led to the creation of different organisations—including an initial split between the Japan Karate Association and the Shotokai (headed by Motonobu Hironishi and Shigeru Egami), followed by many others—so that today there is no single "Shotokan school", although they all bear Funakoshi's influence.

As the most widely practiced style, Shotokan is considered a traditional and influential form of karate do.

Gichin Funakoshi had trained in both of the popular styles of Okinawan karate of the time: Shōrei-ryū and Shōrin-ryū. After years of study in both styles, Funakoshi created a simpler system that combined the ideals of the two.[5] He never named this system, however, always referring to it simply as "karate." Funakoshi's karate reflects the changes made in the art by Ankō Itosu, including the Heian/Pinan kata series. Funakoshi changed the names of some of the kata in an effort to make the Okinawan kata names easier to pronounce in the Japanese Honshū dialect.

In 1924, Funakoshi adopted the Kyū / Dan rank system and the uniform (keikogi) developed by Kano Jigoro, the founder of judo.[20] This system uses colored belts (obi) to indicate rank. Originally, karate had only three belt colors: white, brown, and black (with ranks within each). The original belt system, still used by many Shotokan schools, is:

Any reproduction without permission is prohibited.